Look at these 15 unique animal friends. These odd couples couldn’t be more different from one another, yet they embrace their friendship. When do humans show such acceptance and love? We should learn a thing or two about how to live from these adorable animal pals.

1.) Tinni the dog and Sniffer the red fox
These two met in the forests of Norway. And they hit it off right away. This real-life “fox and hound” have been friends ever since. 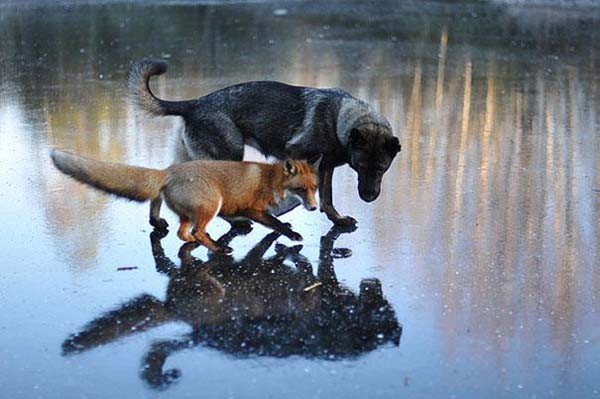 2.) Torque the dog and Shrek the owl
Torque adopted the owl chick when he was only 6 months old himself, but he became a great mom to the bird. 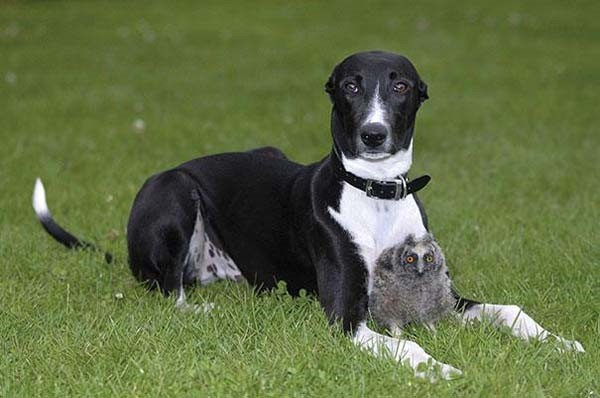 3.) Bubbles the elephant and Bella the black lab.
Even though Bella is a fraction of Bubble’s size, they are best buddy. They love swimming and playing together. 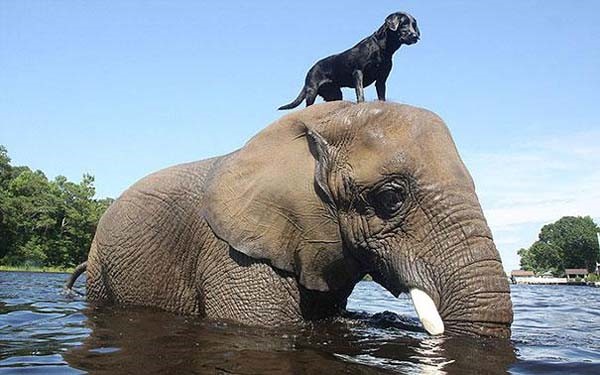 4.) Fred the Labrador and Dennis the duckling
This duckling’s mom was killed by a fox, but Fred stepped in as a surrogate parent. 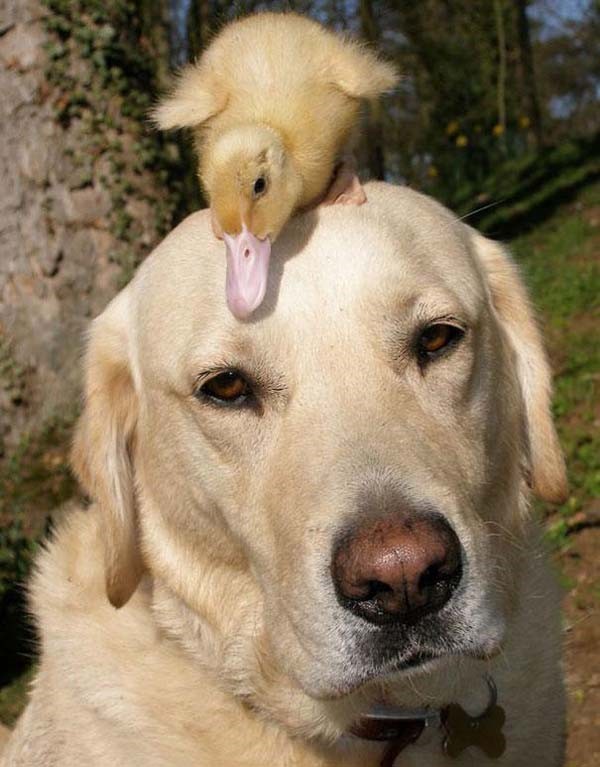 5.) Mabel the chicken and her puppies
Mabel became a family pet after being injured. When she came inside, she began looking after the family’s puppies. Aww. 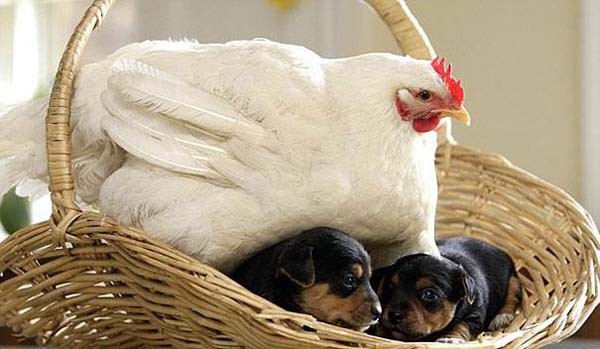 6.) Milo the dog and Bonedigger the lion
Milo took Bonedigger as a cub under his wing, because the little lion had a metabolic bone disease. Now, the lion is still best friends with Milo and his friends Bullet and Angel. 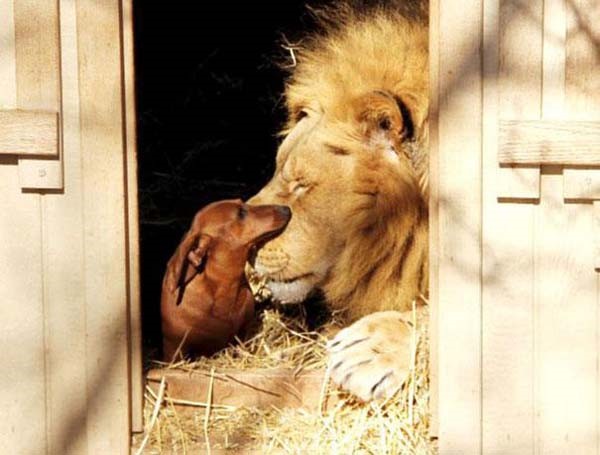 7.) This stray cat and fox
These two were spotted playing on the shores of Lake Van in Turkey. Their wild friendship is adorable. 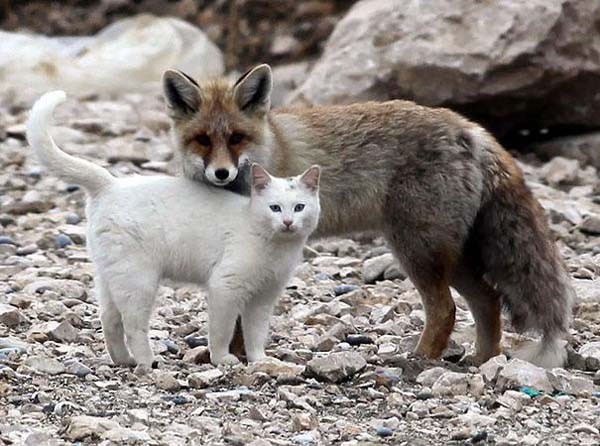 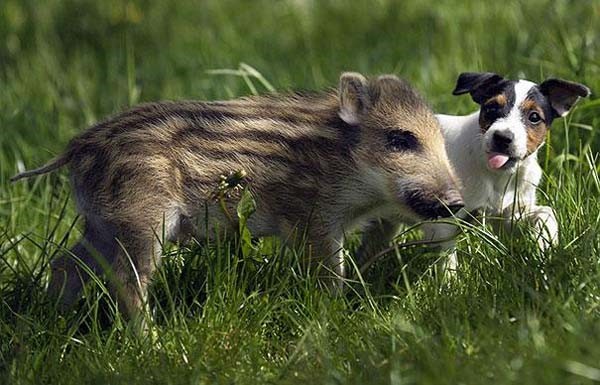 9.) Wild deer and rabbit
An animal photographer caught this real-life Bambi and Thumper playing. Too cute for words. 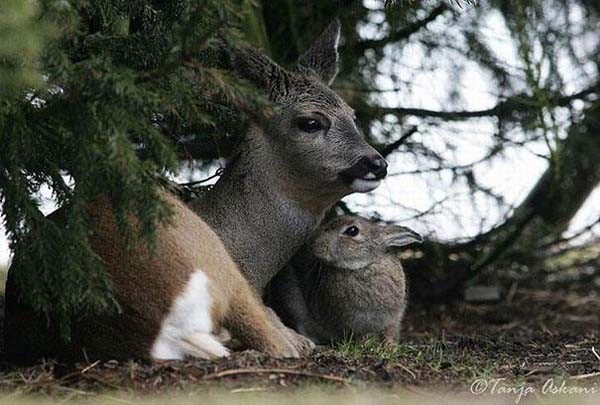 10.) Bea the Giraffe and Wilma the Ostrich
The two met at Busch Gardens on a 65-acre enclosure. The space is completely open, they just choose to be around each other. 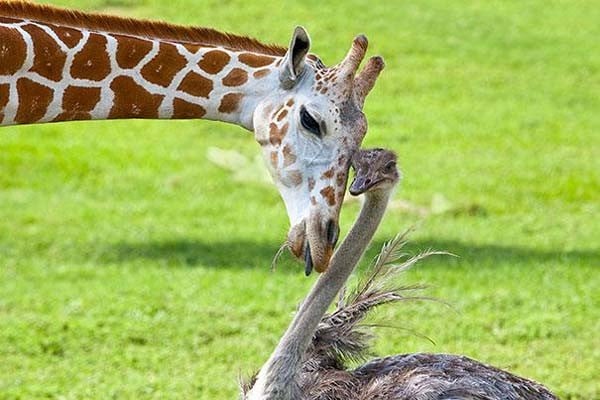 11.) Shere Khan, Baloo and Leo
These three animals were kept by a drug dealer, but were rescued together. Now, at the rescue, they are three happy and healthy friends. 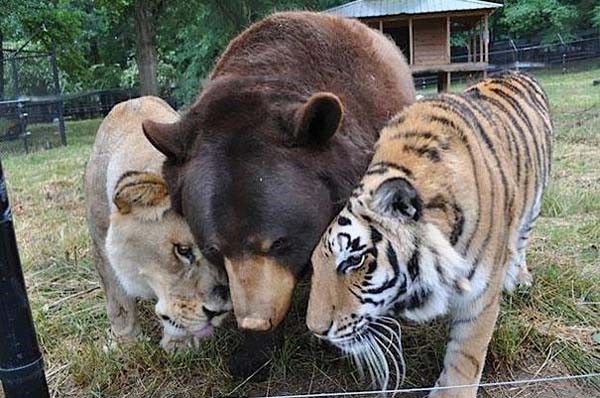 12.) Kasi the cheetah and Mtani the labrador
These two were raised at Busch Gardens Tampa together. Even as adults, they are friends. This couple visits schools together. 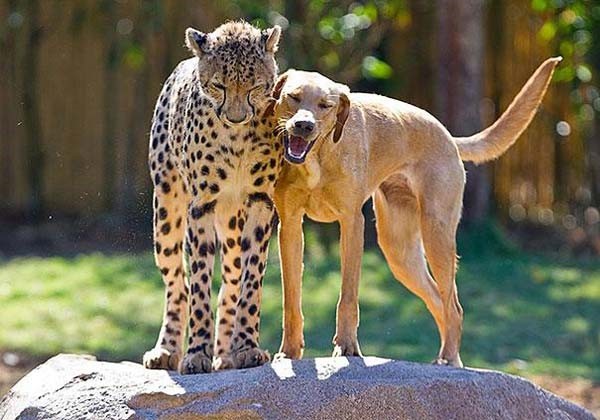 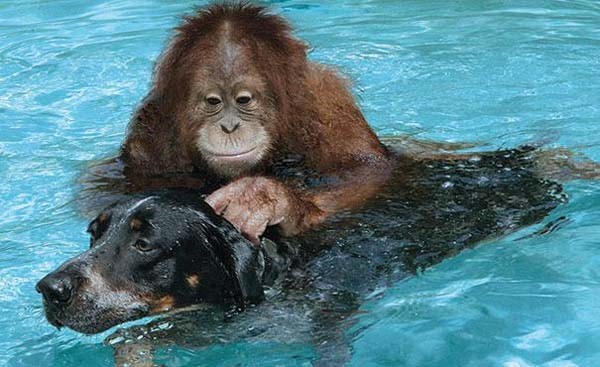 14.) Kate the great dane and Pippin the deer
Kate adopted Pippin as a fawn. Eventually, the deer moved back into the forest, but still visits the family from time to time. 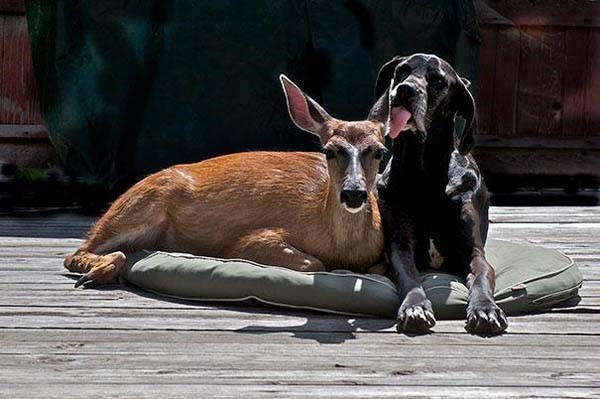 15.) Anjana the chimpanzee and tiger cubs The tiger clubs were flooded out of their enclosure during a hurricane. Luckily, Anjana and her handler were happy to take care of them. 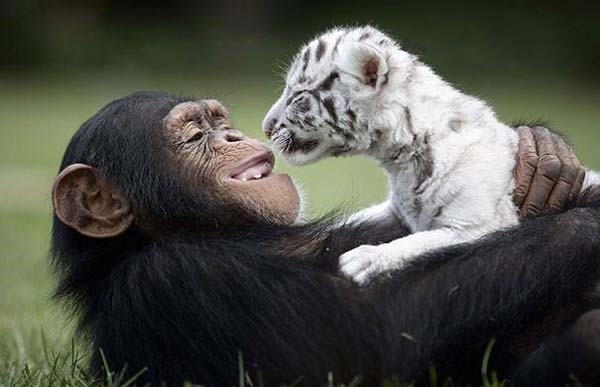