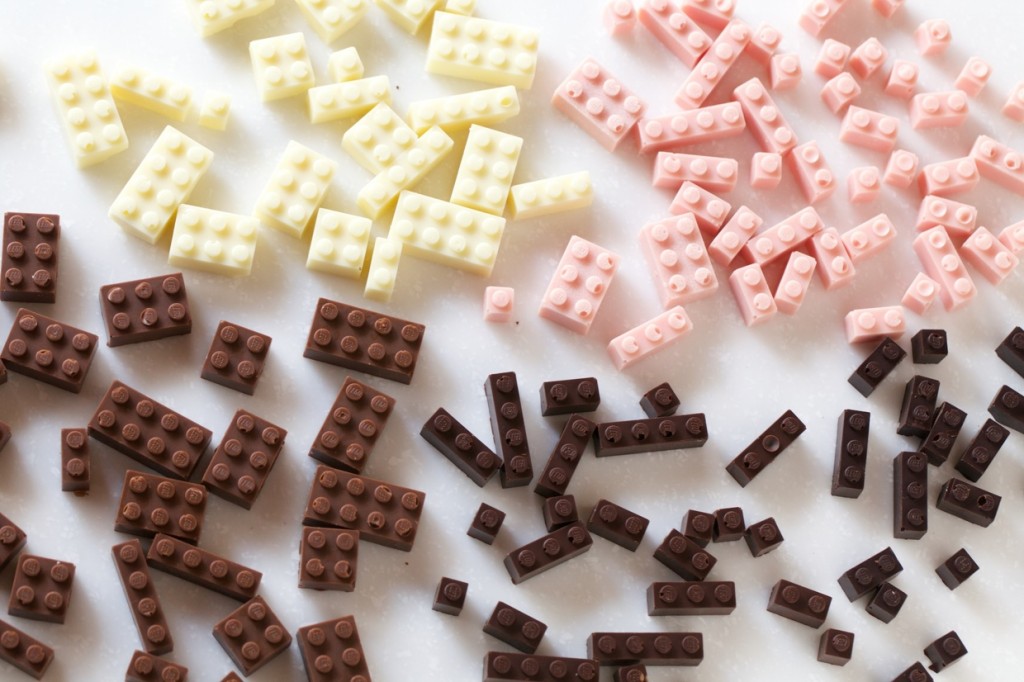 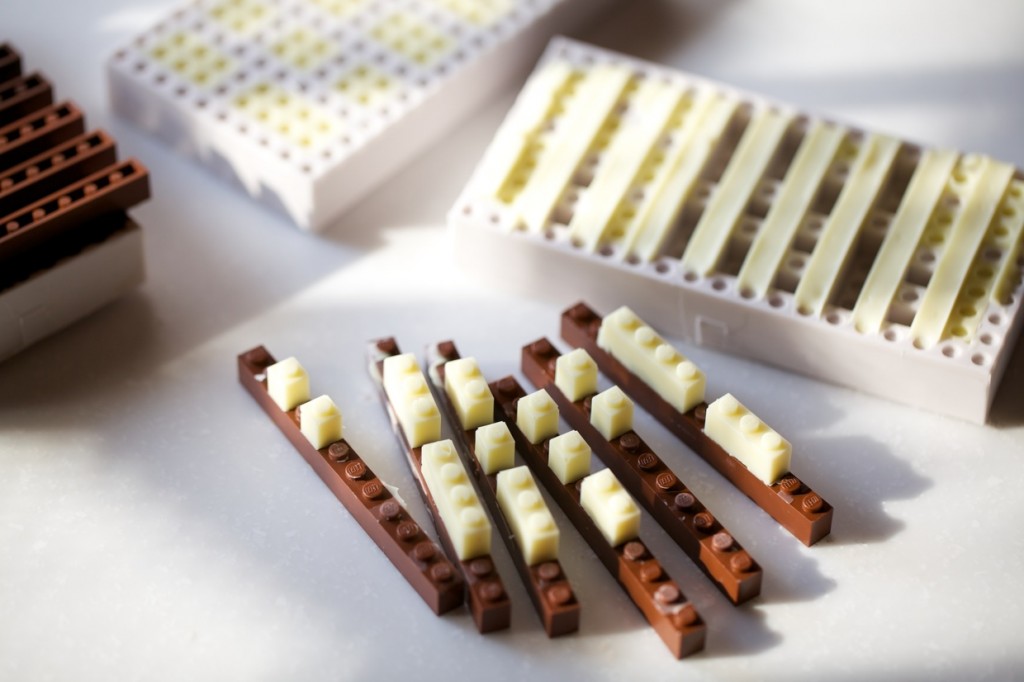 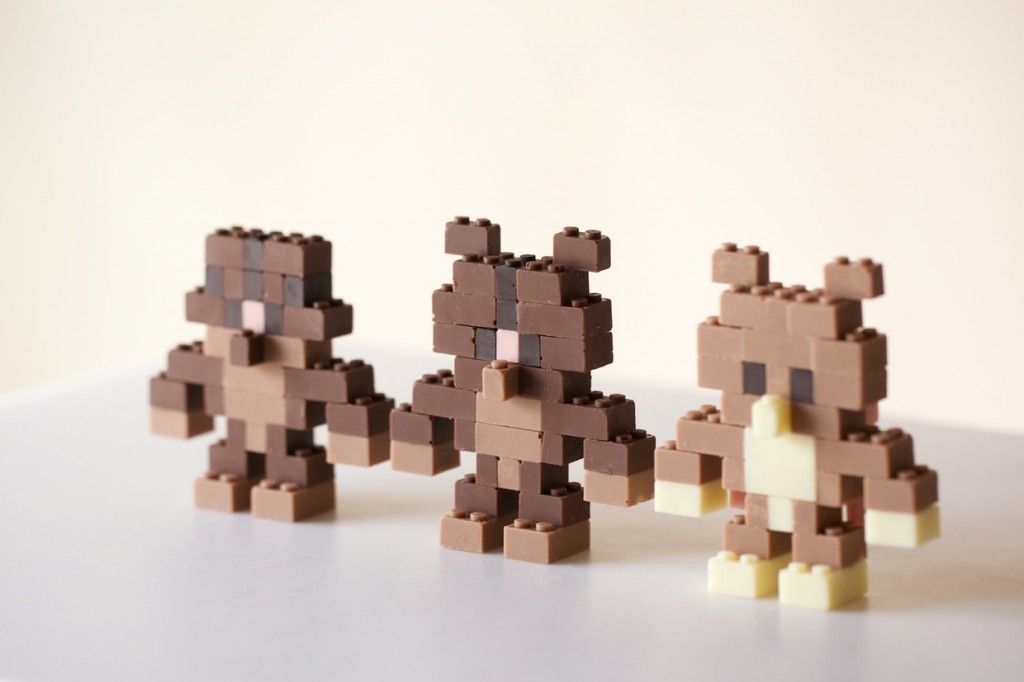 Illustrator and designer Akihiro Mizuuchi designed a modular system for creating edible chocolate LEGO bricks. Chocolate is first poured into precisely designed moulds that after cooling can be popped out and used as regular LEGOs.

It’s hard to determine exactly how functional they are, it seems like he had success in building a number of different things, though I can only imagine how quickly they might melt in your hands, but I suppose that’s beside the point; this is two of the greatest things in the world fused together.

If you google around there are numerous attempts at creating various forms of LEGO in chocolate or other food, but this appears to be the most detailed and well-designed of anything out there.