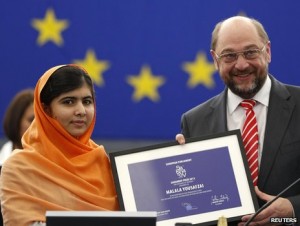 ▶ Ruby Bridges visits with the President and her portrait – YouTube.

Remember the 6-year-old Black little girl who started school in a White school in 1960?

Well here she is now, with President Obama at the White House, looking at her famous portrait by Norman Rockwell.

From TV show  “The African Americans: Many Rivers to Cross”

▶ Deaf students take the stage and look to the future – YouTube.

▶ abkebab’s Map of Europe 1000 AD to present with timeline – YouTube.