US snowstorm kills at least 19 and causes travel chaos – YouTube.

The world’s largest sapphire has been found in Sri Lanka – YouTube.

Who Wants A Malala Bratz Doll For Christmas? – YouTube.

This 16 months old baby was in a car crash with his mother and sister. The impact was severe and he suffered internal decapitation: his spine was dislocated, the head separated from the neck (only the bones were separated, the spinal cord inside and the skin and flesh around were still attached). 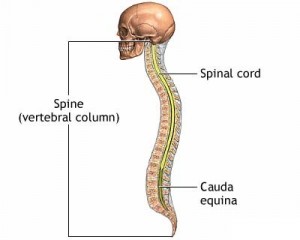 Hundreds of migrants and refugees head to border of Austria by foot – YouTube.

▶ Blind Girls Learn To Fight Back Against Violence – YouTube.

▶ Dancing Man who was shamed by bullies is tracked down and invited to VIP dance party – YouTube.

This great lady will be visiting our school on Monday March 9th 2015.

This brave mother lost her son when Mohamed Merah killed him a few years ago. Instead of collapsing she took action and becale an activist against radicalisation.

Now she visits middle schools and high schools in France to talk to young people about integration, brotherhood, religion, family, and the need to integrate to play a part in society.

Here is a video explaining her story and showing her action:

This young girl, her husband and her sister were killed recently by a neighbor. The inquest is not over so we don’t know yet if this was a hate crime against Muslims or a neighborhood killing. Either way, their deaths are a sad blow to the community of Chappel Hill they belonged to.

Yusor Abu-Salha had spoken in an interview of what being an American women felt like for her. Here are extracts of this interview:

Fox TV had said there were “no go zones” in France and England where police and non-Muslmis could not enter. That was untrue and has been retracted after Europeans, shocked at seeing their peaceful neighborhood in Paris included in those allegations, reacted.

Those marches show young and old, Black and White, together in their demands for more equality and less violence by the police.

Click on this link to read the article and watch what CBC News reporter describes:

(CNN) — Arnold Abbott handed out four plates of food to homeless people in a South Florida park. Then police stopped the 90-year-old from serving up another bite.

“An officer said, ‘Drop that plate right now — like I had a weapon,'” Abbott said.

Abbott and two pastors in Fort Lauderdale, Florida, were charged for feeding the homeless in public on Sunday, under a new ordinance banning public food sharing.

Now they face possible jail time and a $500 fine.

“Just because of media attention we don’t stop enforcing the law. We enforce the laws here in Fort Lauderdale,” Mayor Jack Seiler said.

He defended the law in an interview with the Sun-Sentinel newspaper.

“I’m not satisfied with having a cycle of homeless in the city of Fort Lauderdale,” Seiler said. “Providing them with a meal and keeping them in that cycle on the street is not productive.”

“These are the poorest of the poor. They have nothing. They don’t have a roof over their head,” Abbott said. “Who can turn them away?”

It’s a battle Abbott has fought before. In 1999 he sued the city for banning him from feeding homeless people on the beach — and won.

He said the threat of charges won’t stop him from doing it again.

On Wednesday, Abbott said he’ll be at Fort Lauderdale Beach, ready to serve another meal. 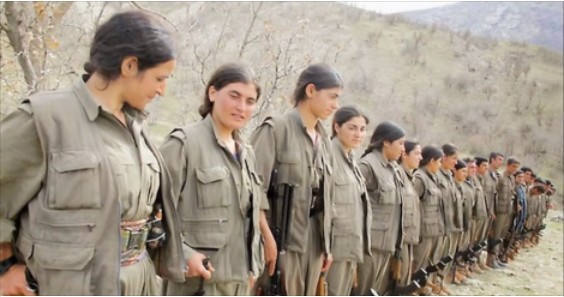 “We either die or win. No fighter is leaving,” Esmat al-Sheikh, leader of the Kobani Defence Authority, told Reuters. “The world is watching, just watching and leaving these monsters to kill everyone, even children…but we will fight to the end with what weapons we have.”

Some people have more motivation than others. Those people include women. A very large percentage of the YPG fighters are  women. (YPG: the Kurdish People’s Protection Units)

I asked her about YPG’s women’s wing, the YPJ (Women’s Protection Units), and the women fighters coming from Turkey. She said Kurdish women were as equally involved in defense affairs as in social services. “We have set up training camps for women in all three cantons. Women are active in all fronts,” she said. “Of the first 20 martyrs we had when IS attacked Kobani, 10 were women. Last year, of our 700 YPG martyrs, 200 were women…”

I reminded Nimet of the legends we hear of IS militants fearing to encounter women fighters. She replied, “This is not a myth but reality. I personally met IS fighters face-to-face. They believe they won’t go to paradise if they are killed by women. That is why they flee when they see women fighters.”